Talk to OKR experts on how to get started with OKRs. Submit Questions

Up to 5 users Full access. No credit card is needed.

Leading Companies That Use OKRs

Leading Companies That Use OKRs 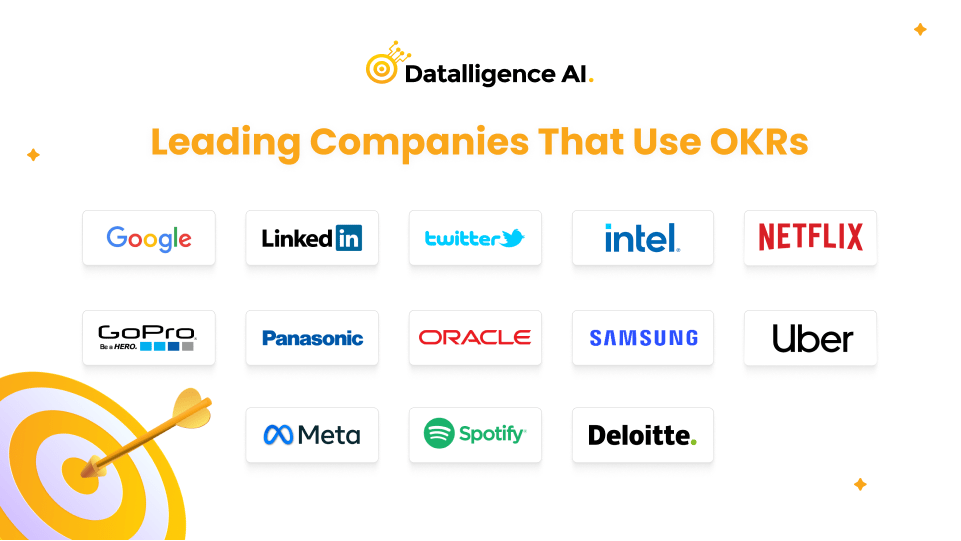 Objectives and Key Results (OKRs) is a well-proven goal-setting framework. Used and established by leading organizations globally. OKRs become started gaining visibility once Google started it and they help organizations in creating and tracking the goals set.

Objectives are defined to understand the “what”. What are we trying to achieve? These objectives are generally Roof-shot and moon-shot goals.

Roof-Shot goals: Committed or Operational OKRs are goal-setting commitments. While grading we expected to score 100%. Lower progress calls for a discussion, as it shows improvement in planning and/or execution

Moon shot goals: With aspirational OKRs, lack clarity on what knowledge or resources we need. The expected average score of an aspirational OKR is 70% (Varies from case to case)

Key Results are the “How” we can achieve the “what”. Key results help in understanding the input and output metrics that help to achieve the outcome.

These are two questions OKRs answers
• Where do I want to go? (The answer provides the Objective)
• How will I pace myself to see if I’m getting there? (this gives milestones / key results)

OKRs have a history from 1954. Peter Drucker, the father of management designed MBO(Management by objectives), he was the person who understood the value of measuring the objectives. When in 1968 Andy Grove implemented MBO which is the current OKR in Intel. When John Doerr joined Intel, he got fascinated by OKRs and was later introduced to Google.

Which companies use OKR

Leading companies and her success stories Google created a great performance culture through OKRs. Every team member speaks OKRs and they are extensively used by 70000 employees. They started early when the team was only 40. The key to their success is

• Google’s Objectives are clear, specific, and ambitious and eliminate the feeling of risk.
• They promoted transparency across the organization which created autonomy and accountability.
• Google esteems “Stretch Goals” as they set their scoring standards from 0-1, scoring 1 would mean that the goal set by the employee is not ambitious enough.
• Their grading method – is 7-8 (70%-80%) which is considered an excellent performance
• Feedback was key and they built conversations around performance

Mike Lee, Founder of MyfitnessPal implemented OKRs to ensure that the goal alignments are in place.
They wanted to use OKRs to align with its growing team and goals. While the implementation was harder than expected, it took time to create the top-level objectives. It took time for them to create a balance between the strategic and granular levels.

Their success was mainly due to

• The time they spent on alignment, and cross-team integration has been the key to success.
• Eliminated co-ownerships of OKRs, which weakens accountability.
• Being true to their north star values
• Decisions that square with the vision and line up Jeff Weiner, CEO of LinkedIn, mentions that the OKRs are of personal value and it motivates the team to achieve the stretch goal with a plan in place. They motivate the team to set aspirational, moon-shot goals with 3 to 5 OKRs per quarter.
He meets the team for weekly progress and spends quality time reviewing OKRs

Their success was mainly due to Intel is the brain behind OKRs and Andy grove is the father of OKR frameworks. Intel recognizes individuals/teams with awards when they complete their aspirational OKRs. Intel’s “operation crush” is the great fight for survival as an organization. This operation demonstrates all four OKR superpowers( Focus, alignment, tracking, and stretching) While various companies grew tremendously, YouTube grew exponentially. Susan Wojcicki is the most powerful woman according to Time magazine and she played a key role in making google acquire YouTube which disrupted the television network altogether. Her goals were aggressive and they achieved the billion hours of people watching YouTube. They relied on OKRs every single step.

OKRs are a proven tool to track and measure business and people performance. There are use cases that substantiate the success of OKRS. Their superpowers help in Focus, alignment, tracking, and stretching. The leading companies deliver and accelerate their performance through OKRs are the simple tool to execute strategy.

Our free demo helps you in understanding our product in detail, so you can save time that you spend on onboarding process. 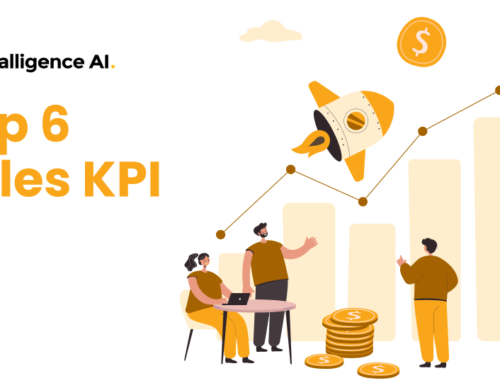 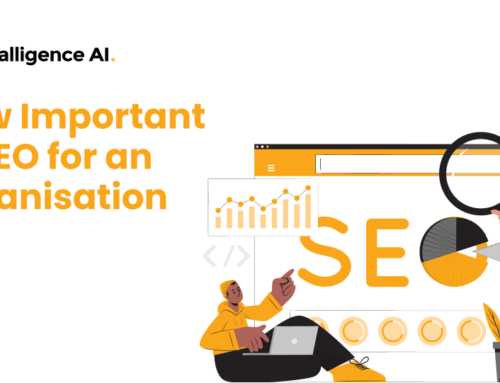 How important is SEO for an organization 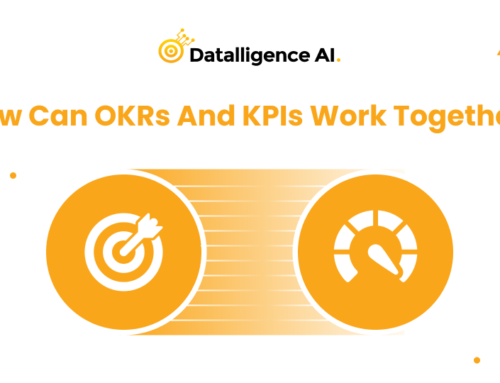 How can OKRs and KPIs work together? 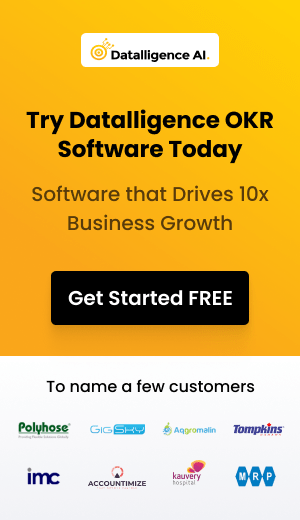 Up to 5 users Full access. No credit card is needed. 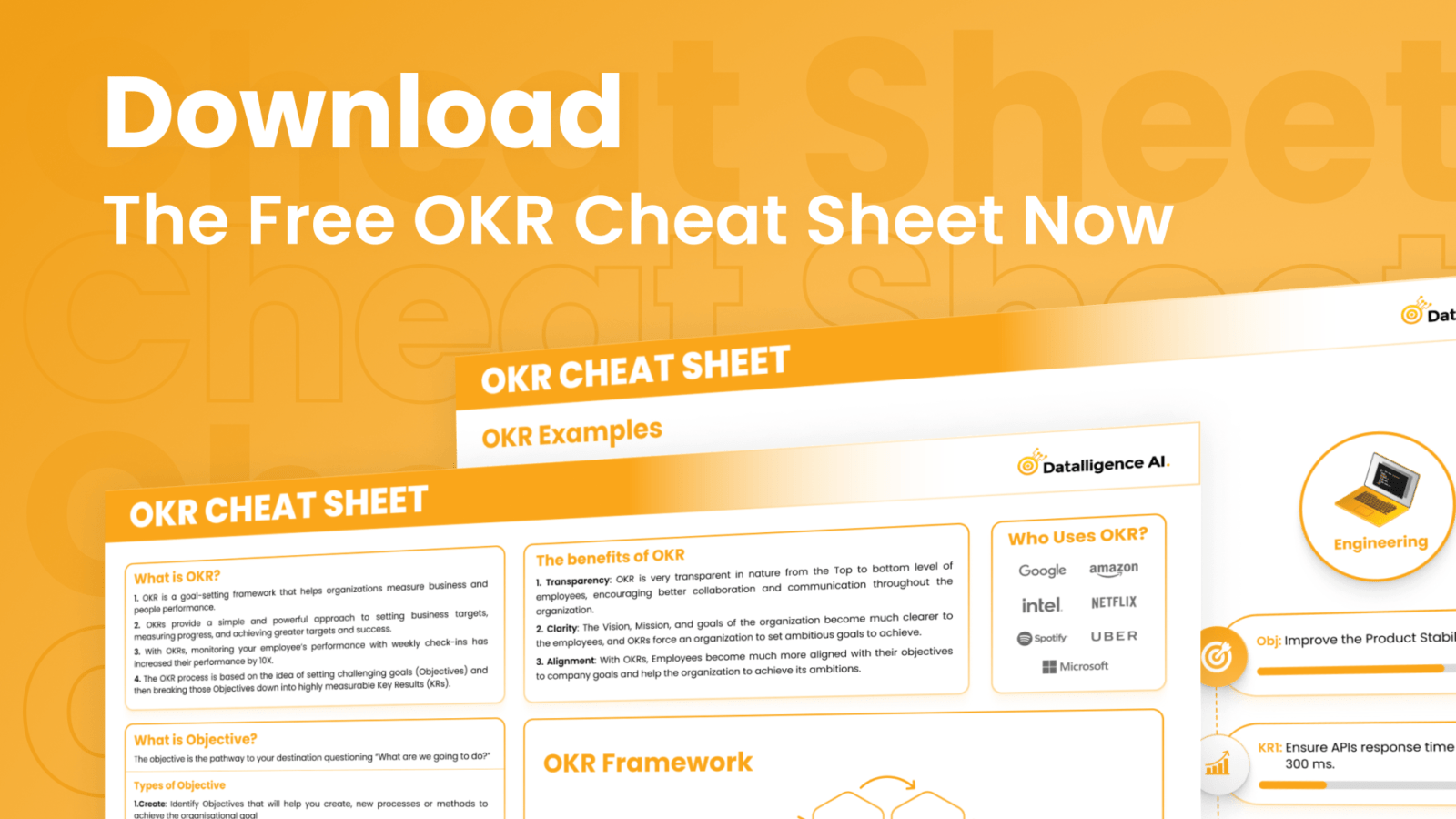